I once knew a delightful and eclectic man who had lived a colourful youth in the sixties and seventies – a time when Melbourne grunge earned its reputation.

Living in a hovel with barely two cents to his name, he told me of the days there was nothing to eat but the herbs in his wild, overgrown garden.

From this had evolved a rich pasta sauce made entirely of wine, fresh herbs and garlic.  He had turned it into a Friday night tradition, to which I was now being treated.

Prior to this, I had only thought of herbs as a garnish or a flavour enhancement – never as a main dish.  But I was so enamoured with the sensory explosion, I had to try it for myself.

If you struggle, as I do, to keep your own herb garden alive, this can be a costly affair.  However, the rewards far outweigh the cost.

Now it has become one of my own favourite Friday night rituals, so I thought I’d share it with you.

The dish is less a recipe than a meditation, and as I’m no Masterchef, it probably doesn’t follow ‘correct’ procedures or exact quantities.  But that’s the point.

The beauty of it is allowing yourself to disconnect from phones, emails and blog stats (!), to focus on the task at hand, and see where the flavours will take you.  So view this as a guide rather than a formula, and feel free to get creative and vary the ingredients. 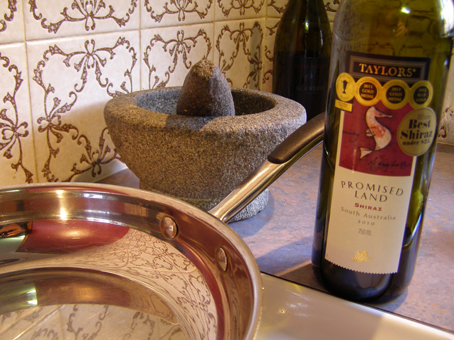 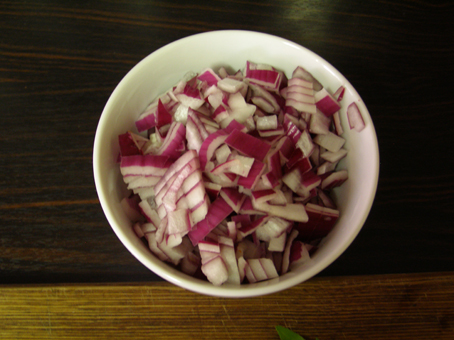 Heat the oil and wine in the pan.  Add onions, and simmer gently.

The quantity and combination of herbs should be balanced according to taste, and added to the pan in stages, allowing them to simmer for a couple of minutes before each new addition.  This is the order I would add the herbs:

Basil, cinnamon, star anise and lemon rind.
Rosemary and thyme (I leave stalks on and remove them later).
Oregano and tarragon.
Sage and garlic crushed together using mortar and pestle.
Dill and coriander.

Simmer until wine is reduced. 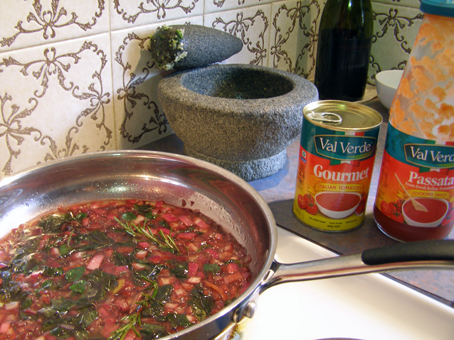 Simmer low until flavours are infused (15-20 mins).  Cover and leave to sit.

You know you have succeeded when the flavours are so well harmonised that it is impossible to identify the individual herbs.

Cook enough fettucine for two.  Add the herb sauce and some parmesan cheese – and your meal is ready to enjoy! 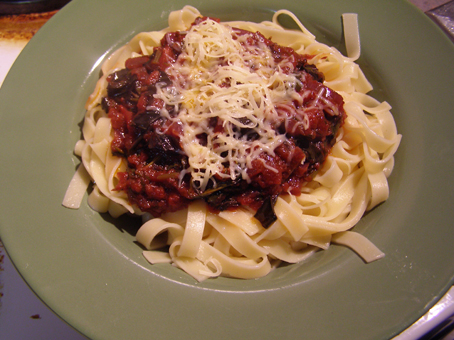 Serve with a glass of red wine (or a martini!).

Add some lamp or candlelight (a real fire, if you have one), and your favourite person.

Let your tired soul be nourished for another week…

What would you add to this ritual?  Or maybe you have a favourite ritual of your own you’d like to share?  Feel free to leave a link if you have a post on it…