Women in Australia have just been royally screwed.

Julia Gillard, our first female Prime Minister, kicked out of leadership two months before the next election, in preference for her predecessor, Kevin Rudd.

Okay. It is true. She did kinda oust Kevin in his first term of government. But what everyone seems to forget is that her party put her up to it – with a VOTE!!

Her reward for being a team player was negotiating a hostile hung parliament through three years of extraordinary reforms. Being the target of a vicious media campaign. And then being dumped as unceremoniously as she started out.

Here are some of the headlines we got to enjoy while she was PM: 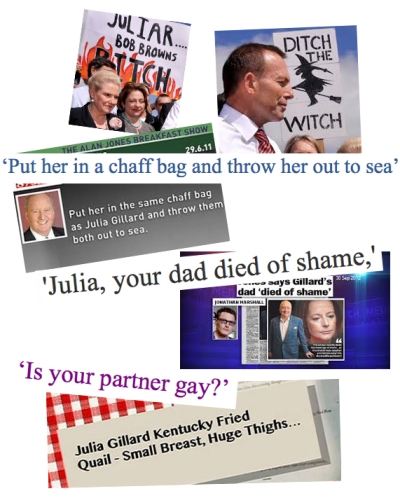 Her father “died of shame”

And recently, asked if her male hairdresser partner is gay.

There are some in the media who would have us believe that “women are destroying the joint” and others who feel quite comfortable telling journalists “women should shut up in public”.

To top it all off, any sign of disapproval is met with the accusation we’re just “too precious” and “playing the gender card”!

Thank god for GetUp, who established a Gender Card campaign to address the “deep, rank, sexist bullshit” in this country.

I mean, seriously. What the hell century are we living in again?

On the up side, representation of women in Australian media and politics is apparently reaching a 30% critical threshold. So maybe that’s why the old fellas are getting all hysterical…

…What you mad? Can’t handle that?

If you could switch roles, what’s the first thing you would do?