I’ve been wondering why I’m chasing my tail around the various tasks I need to do.

Everywhere I look, there’s a pile of ‘stuff’ that doesn’t have a home. And it’s not much better when I look at my computer, either.

I’m a paper hoarder, and in the digital age, that translates to RAM.

On my last tally, there were no less than nine functional hard drives cluttering my office, and that’s not counting other digital devices.

Multiple copies of multiple versions, back-ups of back-ups that eventually wind up on a CD stuffed somewhere in a drawer.

But it’s not just documents I hoard.

They sit in my top drawer, a pile of tiny clues, physical bits of evidence pointing to the fact that I was there, once.

There’s the key to the dearly departed Mazda 121 representing more than just a car.

Power. Control. A room of one’s own.

To past houses that I’ve tenanted.

Of course, you’re supposed to hand the keys back. But since the real estate agent didn’t know about the extra set we had to cut…

It became my guilty secret. A link to an illicit imaginary self.

Just in case she felt the urge to stage a break-in.

Just in case she ever needed to revisit the tiny pieces of me that were left behind.

It was a blue, double-fronted weatherboard that had seen better days.

But it had a veranda, and stained glass windows, and an open fireplace in every room.

An entrance hall, high ceilings, even a servery window between the kitchen and the lounge!

And, of course, an outside loo.

That was the worst part. No light, but plenty of spider webs since we were too scared to go in there and wipe them out.

I shared the house with my best friend from school. Along with Pepi and his brother, Chippy. And Bobbin, the cat. 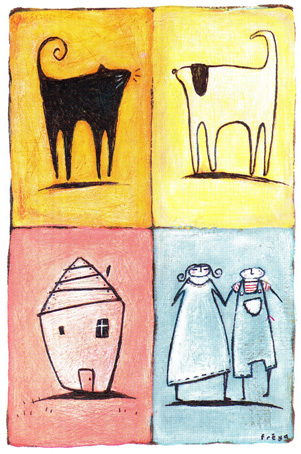 It was our second attempt at sharing each other’s living space – a truce struck by a mutual need to reduce costs and earn something that passed for a degree.

This time will be different, we said, and for a while, everything was bliss.

We cooked meals and hosted dinner parties, rolled our own cigarettes and debated the intellectual merits of Xena and Friends.

She grew pot plants and I planted a garden.

The neighbours thanked us for being good tenants.

But it all started to go horribly wrong about the time we decided to find a friend for Pepi.

Just in case it didn’t last.

Just in case Pepi and Chippy had to go their separate ways. 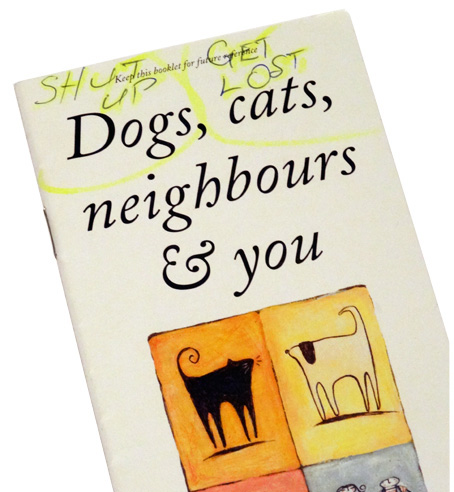 Just another piece of paper I’ve been hoarding.

To be continued next week!

What random things do you collect? Do you have trouble Emptying the Trash?