On 17 September, after a nine month struggle with brain cancer, my mother’s twin sister slipped away from us. In many ways, she was like a second mother to my siblings and me. It’s been difficult to put into words the profound and unexpected impact of her loss, considering a year ago we were celebrating the twins 70th, unaware of what would come.

It’s been two months since you left us. A week since I’ve been trying to write you my farewell.

There was so much I never had the chance to say to you.

You’re with me, in my kitchen, everyday.

The gifts you gave are more than they appear.

You’re the twist of lemonade in an ordinary drinking glass (you never did like plain old H2O).

You’re the kick of chilli in the curry powder tin (and I can hear your wicked cackle, now).

But it’s right that this is where your memory dwells.

You spent your life nourishing the family, and that extended out, to the community beyond.

You did it with a flair and an originality that was all your own – a fairy garden here, a hand crafted zombie pop-up there.

You always took such joy in the little details of our lives. Like my dream to write.

It was a doing kind of love you had. And I wish you knew how much that meant to us. To me.

But even as I say it, I know you knew, very well, the value of the things you did.

It was me who was slow to cotton on.

I was supposed to help you write down your memoirs. My deepest regret is never making time for that – I never did stay over like you hoped I would. The reasons why seem trivial, at best, now that you’re gone.

You left too soon.

You had your first sip of alcohol only after 60. 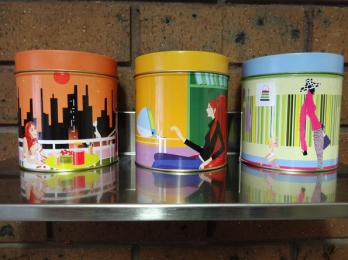 Age 69, you and your friends were out til 5am for New Year’s Eve, putting to shame the next generation who preferred to go to bed.

You loved spending time with us. It helped to keep you young, you said.

But your outlook always was more youthful than your age.

Which is why your departure, at 70, has come as such a shock.

In hindsight, all the signs were there. The refusal to participate. The angry depression. The impenetrable loneliness. The slips in memory.

When the tumour was discovered, your withdrawal penetrated our realities with slow motion, domino effect.

Who were we, without you? 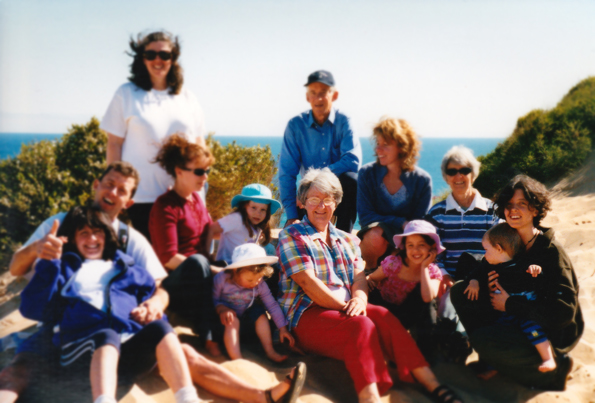 I always assumed my place was on the fringe. Most of what I knew of my cousins was from stories you would tell me of their lives. Somehow, as you took your leave of us, I found myself drawn in.

Nothing is the same as it was a year ago. When we gathered for the 70th reunion, I didn’t want to be there. And I left with an embittered sense of invisibility. A belief that no one understood.

But maybe it was me who didn’t understand.

Your departure has made us see things in a different light. For what we are, and for what we aren’t. To pull together in a way we’ve probably never done before.

My grief for you is that you missed out on the chance to know what else life had to offer you.

You were the centre of our family’s universe. You were a twin, a sister, a wife, a mother, a nanna, an aunt. You did what had to be done, perhaps beyond what we could rightfully expect.

You wouldn’t have it any other way, of course. And yet, you never did get the answer to your question.

Who were you, without us?

Beyond the duties and obligations that defined you, the woman I knew was creative and curious and brave. Fun loving and spirited and shrewd.

That’s the person I will drink a toast to every year.

The one whose stories I will treasure, and whose laughter I will miss.

Whose lessons I will carry to my great unknown.

So cheers to you, Aunty Barb!

You came into the world as you left it – unexpectedly. A surprise package, as you liked to say, until the end.

Who are you thankful for, today?

The gulf left behind by Pepi’s passing has been so much greater than I expected.  It’s made me realise how lucky I am that, of the many goodbyes in my life, few have been permanent.

The only person I’ve lost that mattered to me was my Grandma, when I was eight.  She was seventy-one.  Defeated by cancer.

I remember being woken by my older brother and sister, and delivered the overnight news; their worry, and the feeling of numbness that gripped.

It was only as the coffin lowered, to the solemn recitation of “Ashes to ashes…”, that the numbness turned to grief.

After that, fragments of memory.

My other Nanna, the one I didn’t care for, making a triumphant show of comforting me.

At the wake, the older kids across the room staring at my reddened eyes as I refused to eat.

The feeling I was the only one crying.

The vow never to let them see me cry again.

I was her favourite, they always liked to say.  But that wasn’t how I saw it.  She was simply my favourite.  My most important person in the world. 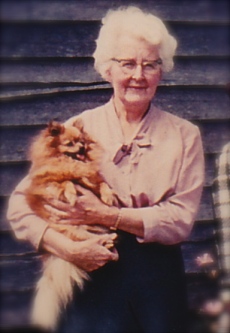 Grandma was the only person I was allowed to escape to visit for a sleepover – which I did as often as I could.

She’d let me sit up with her in bed and watch A Country Practice.

Afterwards, I would kiss her goodnight and tiptoe off to my own room filled with the scary shadows of overstuffed brown wardrobes.

I’d wake to the sound of ABC wireless news, the smell of porridge and warm toast and wood smoke.

She’d talk to me as I followed her around in the garden, and take me visiting with her friends, where I’d be offered tea with Iced Vovo.

There were the precious moments of laughter and consternation that we shared.

The night she dozed off, falsies  in the glass beside her, when my light goodnight kiss provoked a startled gummy scream.

The morning she couldn’t get the potbelly burning, and smoke billowed, and the comedy of it all tickled me with unappreciated giggles.

The day, as we walked on the beach, Grandma stumbled in the sand and we were uncontrollably struck by the moment’s hilarity.

But, perhaps best of all, was Trudy – the fluffy, yappy Pomeranian.

The rest of the family hated how she doted on that dog.  How Grandma talked to her (as if she understood!).  How she hand fed her human ‘tidbits’.  And cleaned her teeth.  And gave her the run of the house (not to mention everybody else’s).

But it all seemed perfectly natural to me.  And so I found myself idolising the ground my Grandma walked on.

I dressed myself in my signature yellow-rimmed spectacles (glass removed), and marched about with a stuffed toy dog under my arm, parroting Grandma’s every word.

“Ooroo,” she would say from her back step, Trudy under arm (‘Ooroo’ is ancient Aussie for goodbye).

Much to everyone’s irritation, I also honed a perfect imitation of Trudy’s bark.

To this day, whenever I say something not to my sister’s liking, her favourite refrain is “Oh, you old Grandma.”

Perhaps, if she had lived long enough, I might have come to see her as the crotchety old bag the others always claim she was.  But, from the rose coloured perspective of an eight year old, I can imagine worse things to be called. 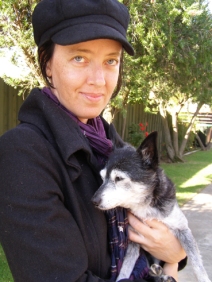 Once, a local Aboriginal elder explained to me how children inherit the totems and characteristics of their grandparents.  It is this relationship that shapes them, and is considered much more important than the child-parent bond.

As I look back, this seems to resonate.  My independent Grandma and her little dog.  Is this why, as a young adult, I found myself bringing home a Pepi pup?  A replay of that little girl running around with a stuffed toy dog under her arm – only this time for real?

It seems silly, but I am strangely comforted.  As though she’s with me as I say “Ooroo”.

Do you have a special Grandparent?  How have they left traces of themselves in you?