Ever tried to break up with your past, and it just keeps coming back to stalk you?

A few weeks ago, I was announcing my availability on the employment market.  Here I was thinking I would find a nice, straightforward, job with fixed hours and low responsibility…

Yeah, really, who was I kidding?

When I think of prospective employers glancing at my resume, I realise there’s no emoticon for the look I can see on their face.

It could explain why I haven’t had so much as a call back.

But the fact is – I haven’t been trying very hard because there was another job that had my name on it.  A job I was meaning to avoid…

I started out making videos in the days of standard definition (ie. before HD).

Back then (if you don’t listen to the professionals) it was possible to whack a video camera on auto and get some reasonably decent shots.

Buoyed by the success of my first family video, I fell in love, in more ways then one, and so commenced a long and complicated affair with community video.

It brought me in touch with a quaint little eco-museum, and next thing I knew I was applying for grants, filming cockatoos and standing in front of classes of school kids pretending to have a clue about clay animation.

Three years and not much money later, a 15 minute educational DVD was complete. 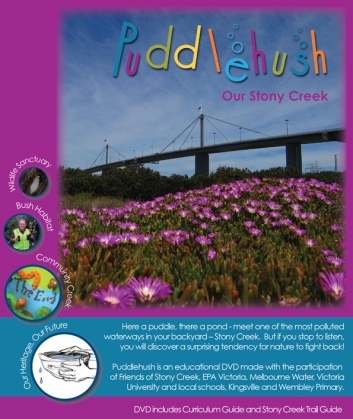 It had a little bit of everything – history and wildlife, animation, indigenous storytelling.  Funded in part by the Environment Protection Authority, it was designed to inspire kids to look after their waterways.

For me, the measure of its success was seeing the kids lining up for copies to take home to mum and dad.  And hearing afterwards that some of them had dragged their parents to a creek tree-planting event.

I could have walked away happy from video then.  But, somehow, word spread and despite its technical flaws, the DVD was successful enough to land me my first ‘professional’ gig with the local university.

Freaking at the thought of what that meant, I figured I should at least look the part and upgrade to a ‘real’ camera.

Enter the nightmare that is HD.

My guess is they invented HD to get rid of self-taught amateurs like me.  Auto, if it ever really was an option, most definitely died with HD.

Mastering manual settings on the fly is bad enough.  But then comes the question of formats and codecs and frame rates and compression settings and by the time you read all the conflicting information on all the forums ever written…

Let’s just say that there was a certain irony in making videos about Positive Education while on the inside I was channelling The Scream.

Seven videos later, I decided video making was definitely not for me.  I was about to put the camera on eBay when…

…through a complex network of ‘who you know’, a local animal hospital offered a commission to record interviews for a historical memoir.

The thing is, it’s not just any animal hospital.  It’s Pepi’s hospital.

I never could say no to him.

So, I guess the moral of the story is…“it ain’t over til it’s over”!

In the coming weeks, I hope to entertain you all with some fur raising stories of the video making adventure.  And I know, somewhere, that Pepi will be smug at how it all goes back to him 🙂

When was the last time you tried to break up with your past? Did it end well?

If you’d like to know more about Pepi, check out these posts:

The Best Man in My Life
Dear Pepi

But if you’d prefer the shorter, heart-warming version, go here.